For such a monumental structure, this Waikato house has more than its share of intrigue.

At the entrance – a large 3.2-metre-high glazed door, set between dark cedar and a towering expanse of white brick. A long passageway stretches ahead of you, then disappears left.

From here, the house unfolds in a series of ‘reveals’, none more thrilling than the living and dining area, dominated by a dramatic 13-metre-long, five-metre-high facade of glass. This is framed by a two-storey bookcase and a floating bridge that leads to an upstairs bedroom.

How do you create such generous spaces?  For the five-metre high facade, Noel Jessop Architecture used APL Architectural Series, favoured by designers who want to achieve sizes and formats that are beyond mainstream residential joinery  (the square-profiled aesthetic is also nicely suited to his clean-lined modernist style). A four-track, 2.8-metre-high sliding door opens to the deck, with a mix of fixed windows and opening windows above, the latter operated electronically.

Elsewhere, he’s mixed things up. The high-level windows in the passageway are from the Residential Series, while Metro Series sliders connect the bedroom wing to the deck and gardens.

As for that outsized front door, here Jessop used a high-performing product from the Magnum range, which pivots on a concealed door closer within a First shopfront frame. When you add in the overlight, the entrance spans 3.8 metres from floor to ceiling – truly, architecture on a grand scale.

The house unfolds in a series of ‘reveals’ 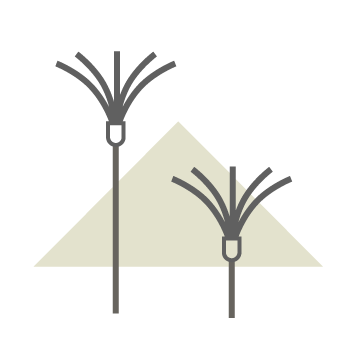